Measure the Economic Footprint of your Project, Sector or Initiative
Get Started!

Welcome to the Local Food System Economic Impact Calculator. This online tool was created by a team of economists with support from the USDA to facilitate science-based analysis of food system projects and initiatives.

The calculator is built from input-output models, which are tools used by economists to track purchases of inputs between industries. These models estimate the local input purchases needed to produce a given item, and then iterate backwards through the supply chain to determine the local input purchases required to satisfy the demand for inputs at each step in the supply chain. For example, a farmer needs a tractor to efficiently produce his vegetables; the dealership, from whom the farmer buys the tractor, needs to have the tractor, other implements, spare parts, etc. available from the manufacturer. The manufacturer needs numerous parts made from steel, aluminum, rubber and plastic to produce the tractor. The steel manufacturer will need ore, fuel and equipment to produce the steel to be used in the tractor. This cycle of impacts is often summarized as a single number called a multiplier; the multiplier summarizes the economy-wide circulation of activity from an initial shock.

Why a Local Food Initiative May Have a Positive Impact 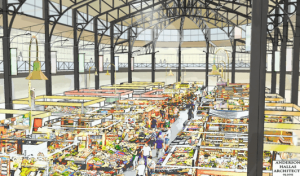 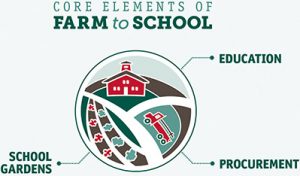 A new public market is expected to create a new marketing channel for local food farms and foods, with $2.2 million alone expected from tourists visiting a region.
Producers from the rural Midwest secured $450,000 in new sales with a urban school district, taking the place of foods traditionally purchases from a national distributor.
What is the Local Food Impact Calculator?

The Local Food Impact Calculator tool is designed to estimate the impact that a local or regional food project, emerging sector, or initiative (for example, the activities of food hubs, farmers markets, copackers, and other food projects) might have on the surrounding economy. Given a project region, value, and distribution strategy, the impact calculator uses economic multipliers to estimate the economic impact of a project.

What does the economic impact estimate represent?

The impact value generated represents an upper limit of the economic benefit your project has on your community’s economy. The calculator below is simplistic in that it does not account for ways in which existing commercial activity may be impacted by local food production.

It is important to note this calculator does not explicitly net out the substitution effects of what potential other local economic activity is displaced by the local food production and, consequently, this calculator (and input-output analysis generally) is not meant to demonstrate the feasibility or tradeoffs of a local food project.

Who can/should use the tool?

Local food systems projects looking to estimate the economic impact of a project in a given region can use this tool.

What is the multiplier and where does it come from?

This impact represents an estimated comparative analysis of the change in a community’s economy measured before and after a shock. A shock could be any event or change in behavior that occurs at a point in time, such as growth in sales to local farmers or food manufacturers that can be directly tied to an event, investment, new market or promotion.

In the context of local food systems, the impact might reflect the before or after of some key initiative, such as the establishment of a farmers market (or a special event at the farmers market), the opening of a food hub, or a measured sales increase in a local market from media campaign to increase awareness of the health benefits from eating fresh fruits and vegetables

Why might this number be important or useful?
Local food systems project leadership can benefit from this calculator by generating an impact value of their project. If sales at a newly established farmers market in a county were $300,000 in its first season, for example, the estimated impact of this project on its surrounding economy can be calculated with this tool. This can be useful and interesting information for organizations and projects to understand and communicate.

Brought to you by: